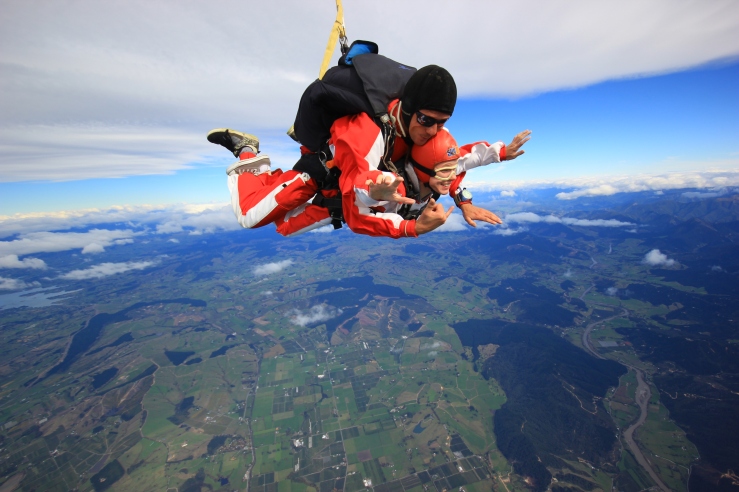 This time last year, I was in the middle of a semester as an exchange student at AUT University in Auckland on New Zealand’s North Island. I’ve wanted to travel ever since I watched my aunt stuff rolled-up socks into her boots to make room in the suitcase she was taking to England. As cliché as it may sound, I wanted go everywhere and see as much as possible. I have cerebral palsy, and I’m physically unable to carry a backpack large enough to accommodate a trip longer than two weeks. So taking part in a school exchange program to New Zealand gave me the perfect opportunity to travel light within my host country.

My time in New Zealand was a turning point. I left some of the most challenging aspects of my life behind in Toronto, leaving me free to be a happier, more authentic version of myself. I don’t pretend to think that this is unique; who wouldn’t feel this way in a new place with new people and fewer responsibilities?

Despite the years I had previously spent living in student housing, it wasn’t until I was at AUT that I had a more conventional social student experience: bonding with roommates over food and TV, attending parties, dinners, movie nights and study sessions with friends in the building. Having a large support system of fellow exchange and international students around me at AUT was one of the best experiences I have ever had. For the first time in a long time, I didn’t feel misunderstood and alone.

Often, groups of us would get together on weekends and days off from classes to sightsee and travel around the fairly small country. As such, the two-week mid-semester break was our opportunity to take the bus to the South Island, particularly Queenstown: the adventure capital of New Zealand and the birthplace of bungee jumping.

Bungee jumping was a dream of mine. But after making inquires, I was told I would need a doctor’s note, saying it was safe for me to jump, even with a waist harness, given my cerebral palsy. But when the bus driver announced skydiving as one of the available activities, I thought, why not tick this off my bucket list and see the sights from the air?

All things considered, I gave jumping out of a plane the least amount of thought and preparation of all my New Zealand adventures. I figured that as long as I was strapped to an expert and landed on my butt, all would be well. They assured me when arrived that my disability was not a problem. In fact, they had a monthly repeat jumper who was a paraplegic, so someone as light and able as me would me a piece of cake.

The only seemingly intentional accommodation they made was to ensure that I was the last to get onto the plane, which meant I would be the first to jump out. A cameraman helped me get my legs over the edge of the plane before jumping himself to videotape my fall.

During the first 15 seconds of jump, I was a bit disoriented and had to remind myself to breathe. But in the moments after that, I realized I could do just about anything. If I could move to the other side of the world, travel around one of the most inaccessible countries alone and jump out of a plane, then everything else was at least manageable.

Originally published by The Mighty.

View all posts by Jessica Geboers