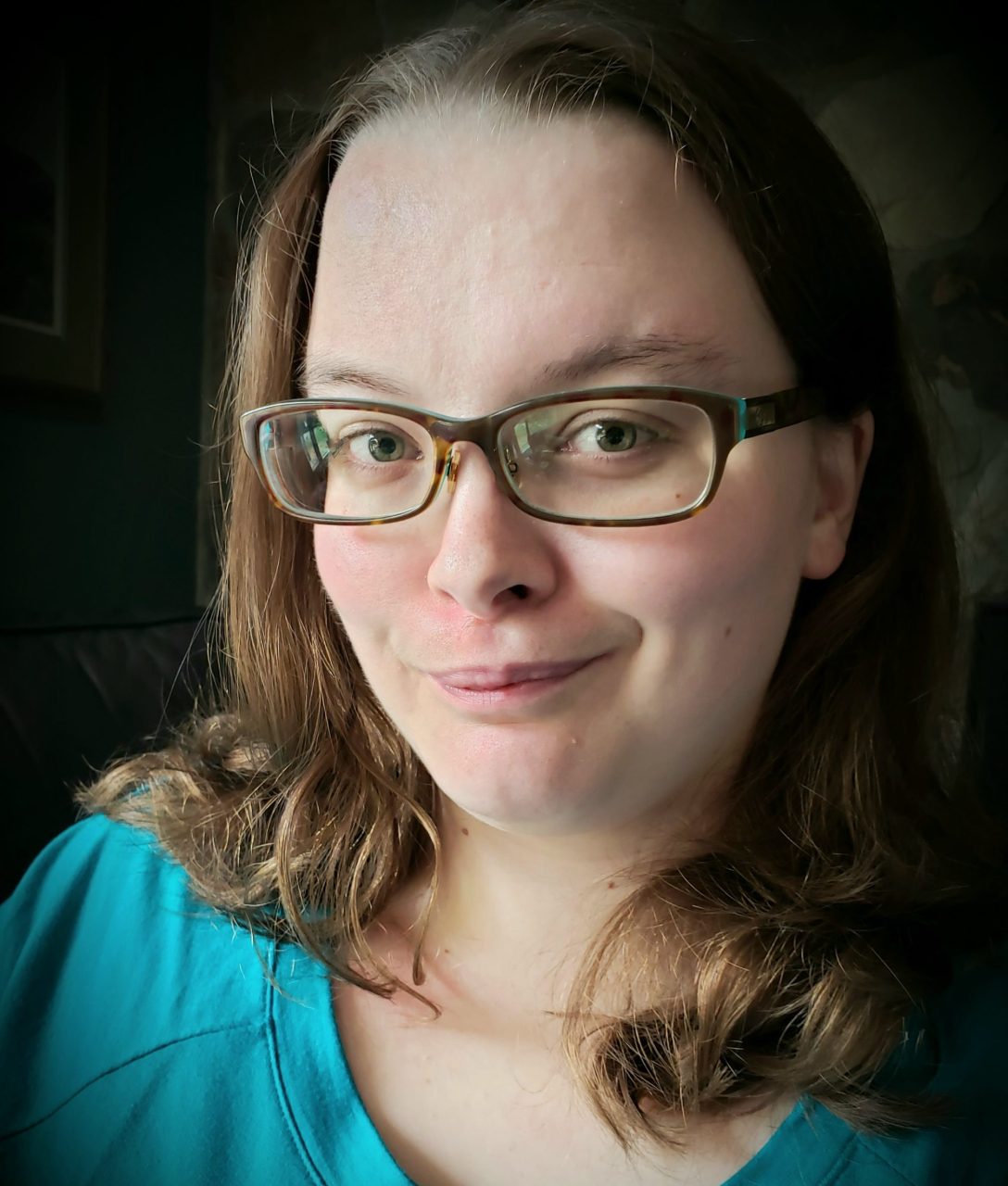 Last spring, Bloom posted on Facebook about an upcoming CP-NET webinar on mental health in adolescents and young adults. Happy to see such an important topic being discussed and investigated, Amanda St. Dennis commented on the Facebook post to reiterate how important conversations around mental health are for young people. She wished more research had been done when she was younger and struggling with her mental health.

Thinking that Amanda may have some useful insights, Bloom’s editor put her in contact with CP-NET. Not long after becoming a participant in the MyStory project, Amanda became a member of the CP-NET Stakeholder Advisory Committee and the Transition Hub. More recently, she became a co-investigator on the Youth Engagement in Research project. While she had not expected all of this to come from one comment on that Bloom Facebook post, Amanda is thrilled to be engaged in research, using her education, background, and experience to help others, particularly during the pandemic.

In June, Amanda graduated from Carleton University with a Bachelor of Arts Honours degree in Child Studies with a minor in Disability Studies. She also has over ten years of experience working with youth with disabilities as a personal support worker and camp counsellor at Easter Seal Ontario’s Merrywood Camp.

This is all in addition to being a woman with disabilities, including mild to moderate Spastic Right-side Hemiplegic CP, Non-verbal Learning Disorder, ADHD-combined type, and General Anxiety. As her father was a part of the military, Amanda grew up navigating the healthcare systems and services available in multiple locations throughout Manitoba, Ontario and the North West Territories, often struggling to access the care she needed and deserved.

As can be seen, Amanda has a wealth of knowledge and experience that can inform CP-NET research priorities and projects. In joining the network, she has enjoyed having her voice heard, putting her education to use, and improving the lives of younger generations with an organization that listens to and works closely with all key stakeholders, such as herself. “They are actually listening to their stakeholders, to the people that this research affects directly, and they want to do better.” Amanda also appreciates the CP-NET approach to research. She says it’s more than data and written work; it’s also discussion and collaboration based on everyday experience and practice from multiple perspectives.

With this in mind, Amanda’s advice for other youth and young adults with disabilities who are thinking about engaging in research is just to try it. She explains that parents, clinicians, and peers can tell youths about the importance and benefits of research engagement, but they won’t know if it’s for them until they try it for themselves. And even if it turns out not to be for them, they still have a voice and made a difference. “A small action can shape a big result.”

This article was originally written and published as a part of CP-NET’s Community Profiles.

The Trexo study at CHEO has been an innovative game-changer for Michelle and Adam Shales when it comes to physical therapy for their son, Griffin. Six months into using the Trexo, not only has Griffin’s gait and mobility improved, but it has also led to increased independence and curiosity about his surroundings.

The Shales originally discovered the Trexo gait trainer about three years ago through their research, looking for interventions that could improve Griffin’s gait and mobility. Then in 2018, they heard from another family that Trexo was developing a home model. When they contacted Trexo to inquire about purchasing a device for their own home, Trexo informed the Shales that they would be coming to CHEO, where Griffin is a client, to demo the new device. During this demonstration, Dr. Anna McCormick told the Shales of her plans to study the benefits of the Trexo for children with CP.

By the end of 2019, CHEO was ready to begin a 6-week study. While the initial Trexo session took place at the CHEO school, where Griffin was a student, the study has continued at home beyond that initial 6-week period.

Though this was the family’s first time participating in a research study, they were keen to participate. “We had dreamt of an intervention that would allow him to learn to walk with a healthy gait pattern without spasticity and allow him to repeat those movement patterns thousands and thousands of times­,” says Michelle Shales. “And, the world gave us the Trexo!”

Not only is the Trexo a dream come true for Griffin and his parents but, as Michelle says, this study is an opportunity to prove the value of and continue to expand on these types of interventions. There is often a gap between the amount of physical therapy a child with CP needs and the resources available, whether that be appointment availability, treatment costs, public funding that limits the type and number of treatments per week, or just the number of hours in a day. While not replacing hands-on therapies, the Trexo helps fill that gap, both in rehab centres and at home.

With school shut down in the spring, Griffin and his dad, Adam Shales, had more time to fit the Trexo into their day whenever it suited them. Adam says, in the beginning, they were running through a bit of a boot camp. The goal was to spend about 30 minutes in the Trexo every day or two, followed by some time in his walker. With the Trexo, Griffin can get the repetition he needs to build the muscle memory and the strength to improve his walking; a level of consistent repetition, Adam points out, that could rarely, if ever, be achieved without this valuable robotic technology.

Another silver lining to having a Trexo at home was the ability to get Griffin in it when he was happy and well-rested. They may only get one shot at the centre, Adam points out, but if Griffin’s not feeling up for it at home, they can easily change gears and try again later. It’s a lot less stressful for the whole family.

After receiving training from the team at Trexo, the device was easy to operate and understand. “You don’t have to understand what it takes for a person to walk, what muscles need to be engaged in every phase of the gait pattern,” says Michelle. “All you need to learn is how to get your kid in the device.” Operated with a tablet app, Adam and Michelle can set the gait pattern and all other necessary adjustments for Griffin. All data is recorded and stored on the Trexo servers. And the Trexo team is always available as a resource.  In turn, the data on Griffin’s usage can be pulled by the Trexo team and fed back to Dr. McCormick and her team to inform the study.

Participating in this study, using the Trexo regularly has begun to change Griffin’s perception of his surroundings. Since March, he has progressed from struggling to take a single step in his Crocodile walker (a commercial off the shelf device), to being able to move around of his own free will on various types of terrain, both indoors and on more challenging terrain outdoors. “He’s starting to realize little by little that he has the ability to choose where he wants to go,” says Michelle. “­That’s new for him.”

Michelle looks forward to doing simple things with Griffin, like taking him shopping and letting him freely explore the aisles. Where he was once confined to his wagon, he now can walk the isles of a store, explore and choose a toy for himself. She also looks forward to the possibilities for Griffin when he returns to school: “He could walk up to a friend. He could walk up to his teacher. He could walk down the hall. He could walk or run in the classroom.” With the Covid-19 pandemic still upon us, for now, the Shales family is continuing to benefit from their Trexo at home and are enjoying watching Griffin gain more and more independence.