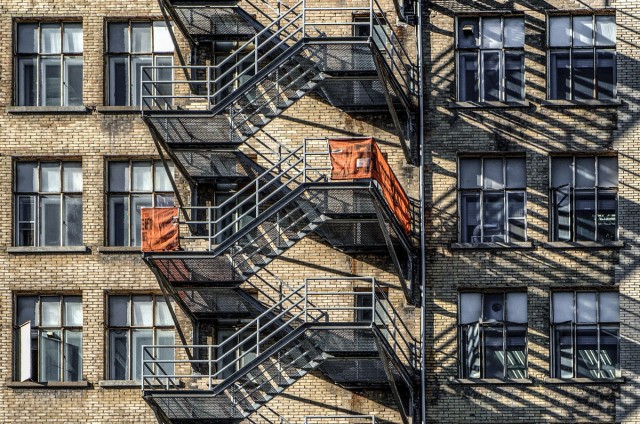 I first moved to Toronto to study journalism at Ryerson University. Like other fresh-faced first-year students, I thought it made most sense to move into residence, with all of its perks and benefits. I couldn’t have asked for a better location: my new home was spitting distance from the building I’d spend most of my days in, and on a good day, it took me just 10 minutes to get from door to door. Armed with a meal plan and a few TTC tokens, and with Yonge and Dundas just a 12-minute walk away, I felt free.

My house hunts, since then, have not been as simple.

I have a mild form of Cerebral Palsy (CP). In my case, this means that from birth, the part of my brain that is supposed to tell my muscles to hold me up while I walk simply doesn’t. While other parts of my brain have picked up some of the slack, I walk with canes for balance, occasionally use a wheelchair, fatigue quicker than most people, and struggle with stairs. Ramps and elevators are much preferred and appreciated. And, despite the assumptions of many (particularly at inaccessible subway stations, as I move slowly down the stairs), escalators don’t help—I can’t lean on something that is moving.

Yet, even in a city as progressive as Toronto, few buildings—save for university housing—can accommodate my need for accessibility.

This Thursday, scholars, developers, and city directors will partake in a panel, dubbed AffordAbility, discussing affordable and accessible housing. It’s a much-needed conversation, one few who don’t encounter disability on a regular basis often forget about. I’ve had these conversations before: living with a disability permeates most facets of my life, including my living situation.

My daunting search for affordable, accessible housing began during my third year at Ryerson. I planned to spend a semester abroad studying in New Zealand; but in doing so, I was unable to save up the $6,000 necessary to make a residence payment upon returning to Toronto. Typically, students who go on exchange live off-campus, and in trying to finagle a spot in residence before I left for the semester, residence staff told me to do the same.

I, however, doubted this would work for me: my accessibility needs made a notoriously difficult Toronto apartment search nearly impossible—especially for a lease that would expire in less than a year.

Just before I left for New Zealand, my best friend, Katelyn, and I decided to move in together. Katelyn also has a mild form of CP, so the pair of us had a laundry list of needs: We agreed that we needed to be in the downtown core, walking distance from OCAD (where Katelyn was studying photography, and often had to lug equipment back and forth), close to an accessible subway station, above ground, and have an elevator if it was above ground level. For two women living with a disability, I feel these were not unreasonable requests.

Katelyn and I could scrounge up $1,400 per month for the place. Our budget proved to be a challenge—and I was pessimistic that we could find an apartment that suited all of our needs. While I was studying on the other side of the world, Katelyn and my dad would send me apartment listings, which seemed affordable in our desired area, daily. But most of them were basement apartments, which meant we would have to climb stairs every day. This thought left me feeling trapped: all I could foresee was the possibility of being stuck if I was ever having a bad day, week, or month that left me unable to climb the stairs.

I still count my blessings. Our search could have been more difficult if we required other accessible accommodations. Many who live with disabilities in Toronto require housing with wider doorways, space to get around in a wheelchair, accessible washrooms and showers, and lower kitchen counters and cabinets.

Accessible housing can be found through Toronto Community Housing, but the application process, which requires first applying for housing in general and then specifically to the Accessible Program, is long and tedious. There is also a wait list for housing that spans years, and a lengthy repair backlog to deal with.

It took a couple months of looking, not without some international bickering between soon-to-be roommates via Facebook message over what we were willing to live with and how much we could stand to spend, but Katelyn did find us an apartment near Queen West and Beverly. It met most of our requirements: it has one bedroom that I use, while Katelyn uses the living room area with access to the balcony. The apartment is on the seventh floor, with an elevator. Our building is right beside OCAD and 10-minute walk from Osgoode Station, which is accessible. I often order my groceries online and have them delivered right to the apartment, which compensates for the fact that the Loblaws near me is quite a far walk.

The building is older and not without its issues—but it’s about as accessible as I could hope for.

Like most people in their 20s, I hope to live somewhere nicer one day. But I am not looking forward to trying find another place that is accessible for me. Even if I’m able to one day afford to live in a fancy condo, I’d probably still be concerned that it shouldn’t be on too high of a floor—just in case the elevator goes out of order and I need to walk down those dreaded stairs.

View all posts by Jessica Geboers